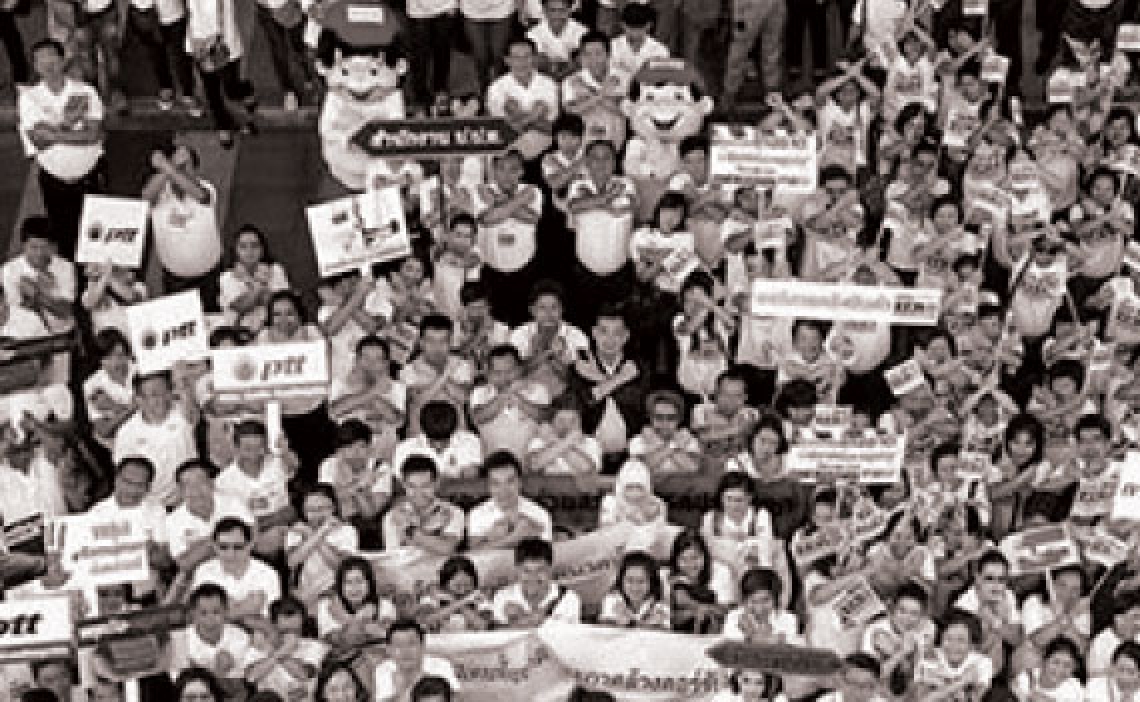 Anti-corruption work is crucial, burdensome and hardly achieved by oneself; it is essential to have a cooperative network that can create a powerful impact on society. Now Anti-Corruption Organization of Thailand (ACT) has already allied with more than 50 organizations that share the common aim. The following is the list of the organization members:

To achieve the anti-corruption tasks, the Anti-Corruption Organization of Thailand has cooperated with the organization members and networks from the government sector, private sector and international organizations as follows:

Members from the Government Sector

The operation of Center for National Anti-Corruption required cooperation from several parties including:

ACT in cooperation with NACC and PACC transformed data and information on corruption into a “Museum of Thai Corruption”,an exhibition that showed the corruption that caused huge losses to the country. This was a major task under the 3-pronged strategy. Moreover, ACT also cooperated with other state organizations in other projects such as:

Integrity Pact projects with the Ministry of Finance, Ministry of Transportation and the Office of Bangkok Metropolitan Administration,

A cooperative project with Ministry of Industry on resolution of licensing a factory permit (Ror Ngor 4) for business operators and,

A cooperative project with the Office of Bangkok Metropolitan Administration on “Cooperating against corruption and for legal licensing”.

The Anti-Corruption Organization of Thailand (ACT) and the organization members from the private sector cooperated in corruption prevention through various projects, including:

Thailand’s Private Sector Collective Action Coalition against Corruption (CAC) is a group of large businesses united in corruption prevention and solutions within Thai society. Every member of the group needs to declare their policy on anti-corruption in all forms, create a bribery prevention system and cooperate in the support for standard creation, good business regulations based upon corporate governance and social responsibility. Their close cooperation and the serious actions of CAC members following their declaration would culminate in a drive towards economic and trades development and living together mutually in Thailand.

Cooperative Projects with the Office of Securities and Stock Exchange of Thailand and other capital market organizations.

The Office of Securities and Stock Exchange of Thailand and other capital market organizations cooperated with ACT on the mobilization of private businesses to take on roles in corruption solution seriously.

In addition, the Anti-Corruption Organization of Thailand (ACT) recognized that education is very important as a tool to resolve corruption in the long term. Therefore, ACT and academic organizations have cooperated in promoting an anti-corruption perspective among the youth based upon the 3-pronged strategy through activities including:

This program was operated by the Transparency-Thailand Organization, as part of primary school education throughout Thailand,in cooperation with the government sector through the National Anti-Corruption Commission.

ACT supported the Council of University Presidents of Thailand (CUPT) on the “Corruption-free for Thai Graduates” Project and establishment of Anti-Corruption Center in order to cultivate a consistent value of “anti-corruption” among academics.

The United Nation Development Program (UNDP), Khon Khaen University, Ubon Ratchathani University, True Coffee and Anti-Corruption Organization of Thailand all cooperated in setting up a coffee shop named “Corrupt…ฉันไม่ขอรับ (Corrupt… I shall not)” in university as a social enterprise for the young generation. The students who participated in this program learn coffee shop management like a professional by joining UNDP and Anti-Corruption Organization of Thailand and, meanwhile, shape their perception of the values, societies and their country in becoming corruption-free. The profits from the business would went to supporting students’ anti-corruption activities to sustain this learning in the future. Moreover, this coffee shop serves as a learning center for those who would like to participate in the fight against corruption and for younger generations to have space and opportunity to discuss and exchange ideas as well as plan and campaign their activities for corruption solutions at university, community and national levels.